The Leo tweeted about Ken.

I want to help but being between jobs I essentially have no budget to work with. So I’ll figure out some way to help raise funds for Ken’s medication expenses.

You cannot pass up an opportunity to help Ken Pyle if you’ve met him.

And I’ve met the man. Twice.

The first time was during a poetry even some years back. All smiles. Busy. Easygoing. Friendly.

The second time was less than a week after my mother passed away and I was an emotional wreck. I’d been at Buck’s with one of my mother’s friends listening to her play the piano and was now attempting to get to another venue by bus but was afraid to walk through a neighborhood I didn’t know.

Ken went out of his way, after I found I didn’t have enough cash for a cab, to help find a ride from a friend and patron that was currently dining at The Rudyard Kipling before going to film video of a band.

The gentleman’s nickname was Budda. In the process of transporting me to a gallery off of St. Catherine he loaned me his glasses to read the signs, then gifted them to me after finding I had none of my own.

I was able to see the world more clearly for a year and a half through Budda’s glasses. Thanks to Ken’s wise and kind introduction.

I googled Ken and found this: http://t2.gstatic.com/images?q=tbn:ANd9GcSaJegQzUjlhiZCpgOn6Bz61hko9lEqRfWFNv6p2IrLIBM7KwwH 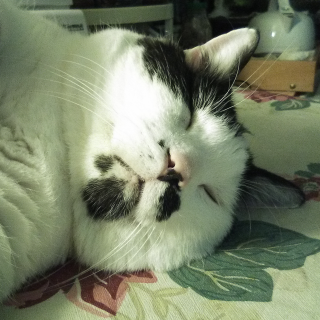